The restaurant industry and others could be on the brink of recovery, according to data contained in Yelp’s Annual 2020 Yelp Economic Average (YEA) report. 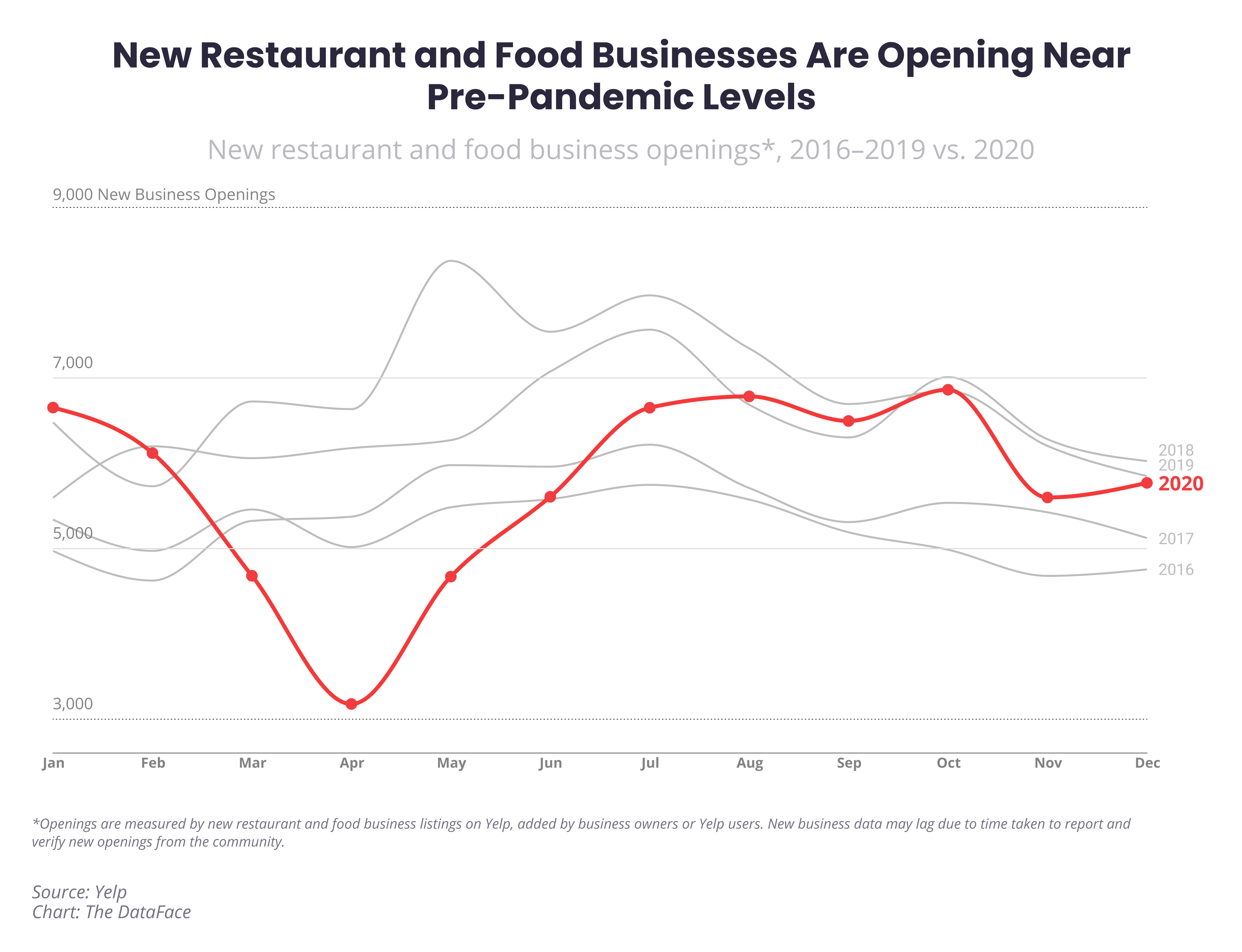 Openings are determined by counting new businesses listed on Yelp. Restaurant and food business owners opened 18,207 restaurants nationwide in the last quarter of 2020, down only four from the same time period last year – and down only 16 percent comparing the full year of 2020 to 2019.

YEA found that reopenings of local businesses increased in the fourth quarter, with a total of 230,209 businesses reopening between March 1 and December 31. Data from Yelp’s third quarter YEA report found 210,000 reopenings occurred nationwide, as of September 30. Reopenings slowed in October, but increased again in November and especially December, coinciding with the approval of multiple COVID-19 vaccines by the FDA. 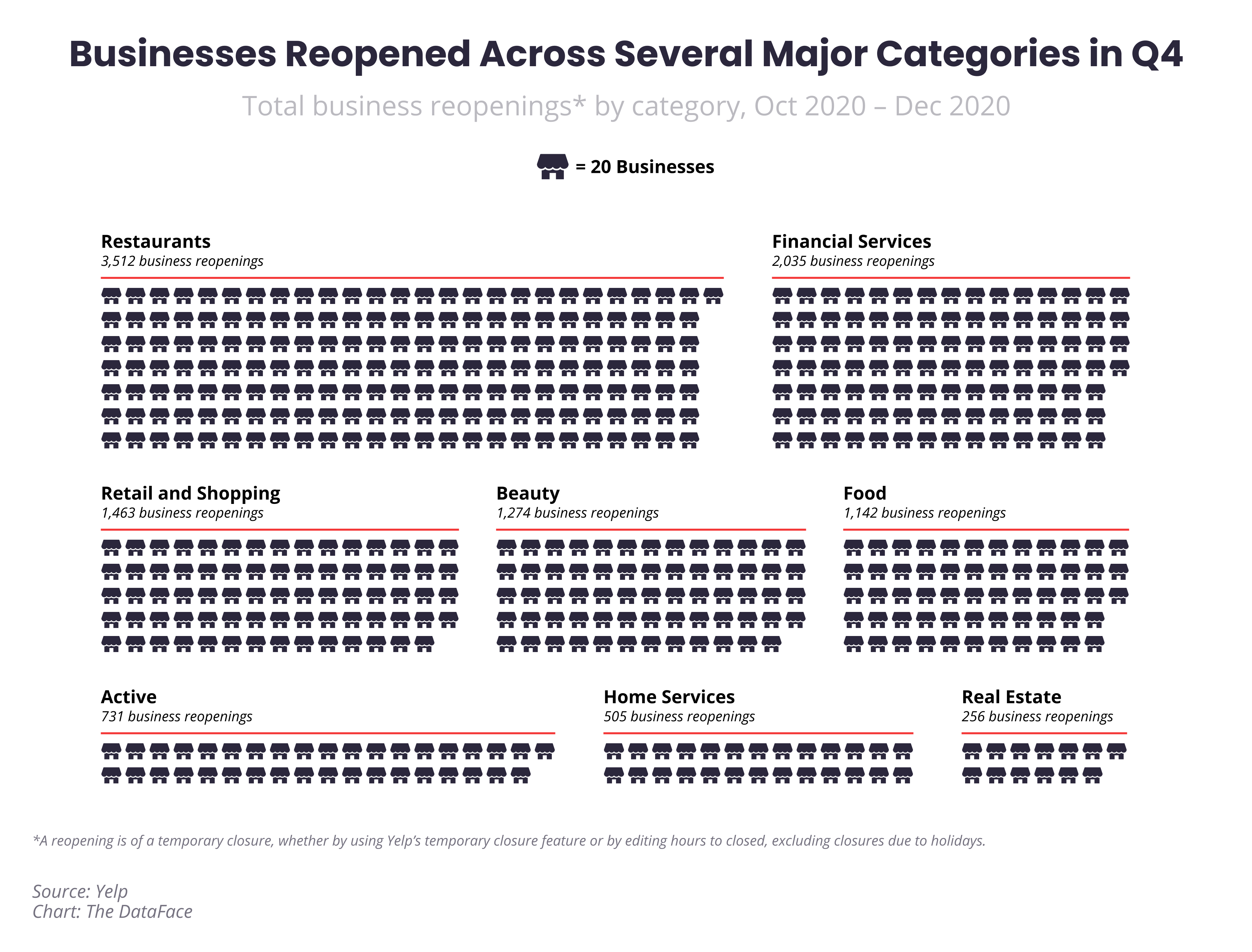 “After a challenging year that’s tested millions of local businesses, our data shows early signs that local economies may finally be on the mend,” said Justin Norman, Yelp’s vice president of data science. “As a testament to their resilience many months into the pandemic, we saw numerous industries return to pre-pandemic rates of new openings, as well as restaurants lead in reopenings during the fourth quarter of 2020. As people spent more time at home, businesses in the home, local, professional and auto services, at times, opened more new businesses than prior years, and all ended the year with a higher number of new openings in December than years prior.” 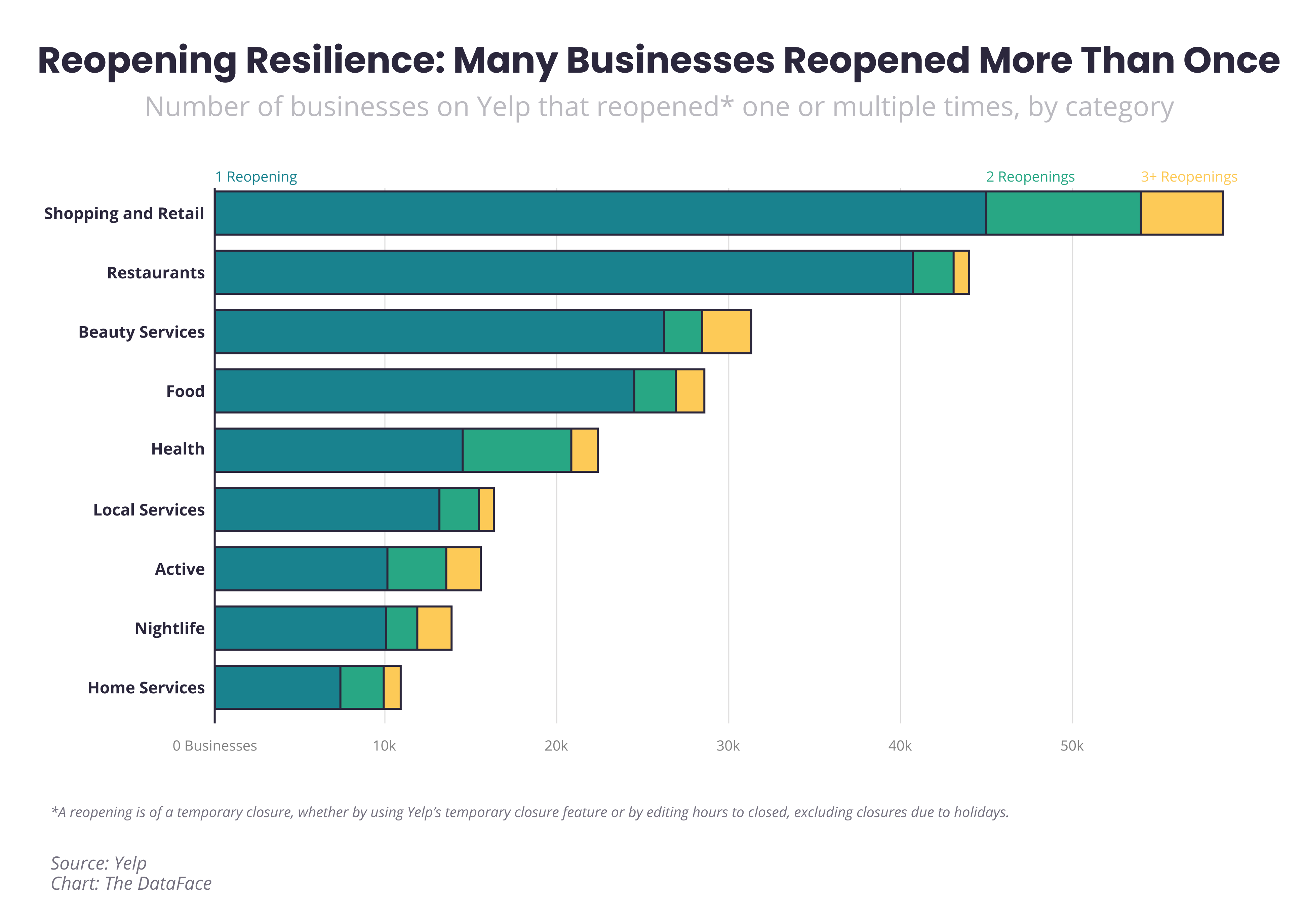