Is the popularity of veganism slowing?

According to a new report from the team at Chef’s Pencil, the answer could be yes, but there is a bright spot for restaurants. The team utilized a variety of data sets including Google search trends, Google Adwords and sales information for the research.

Vegan-related searches have actuall increased over the past couple of years in the United States. But the surge is driven almost exclusively by vegans looking to eat out, as searches for vegan restaurants and vegan food near me skyrocketed in the summer of 2021, and the first quarter of 2022 also looks particularly strong.

Google Trends data shows that the United Kingdom continues to be the country where veganism is most popular, with the United States ranking 11th worldwide, while Portland, Oregon ranks 2nd worldwide in the city charts. 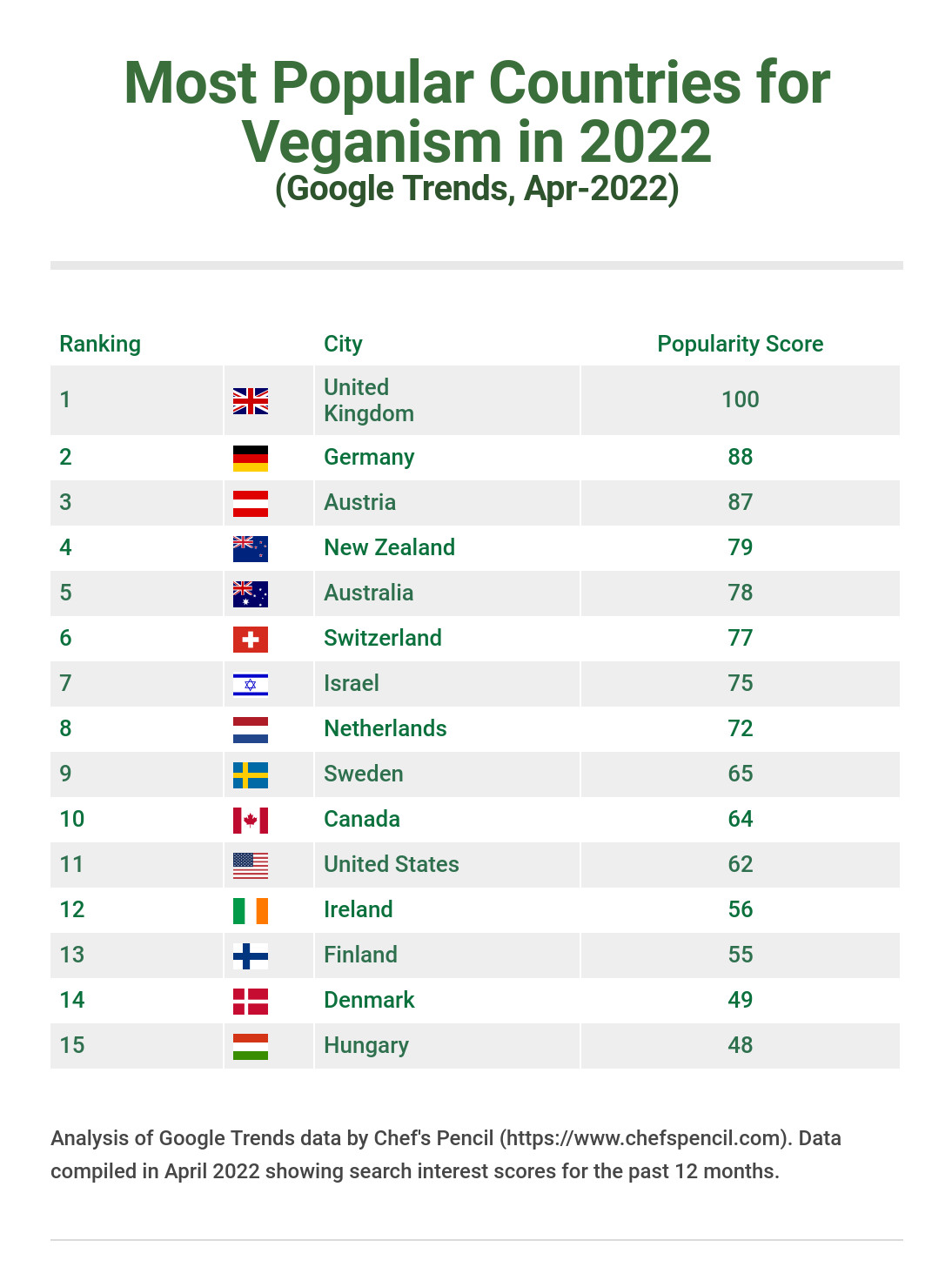 Chef’s Pencil analyzed the search volumes for the most popular 500 vegan-related keywords performed in the United States over a period of four years. This covers a wide set of vegan-related searches, from vegan recipes to vegan butter and chocolate to searches like vegan food and vegan restaurants.