“There are few things as terrifyingly unwelcome as finding unexpected items in our food,” said Weathington. “It can be a make-or-break moment for restaurants, especially. That being said, as we heard about the story and watched the flurry of tweets unfold, we decided to have some fun with it. Mostly, we were curious if it would even taste good.” 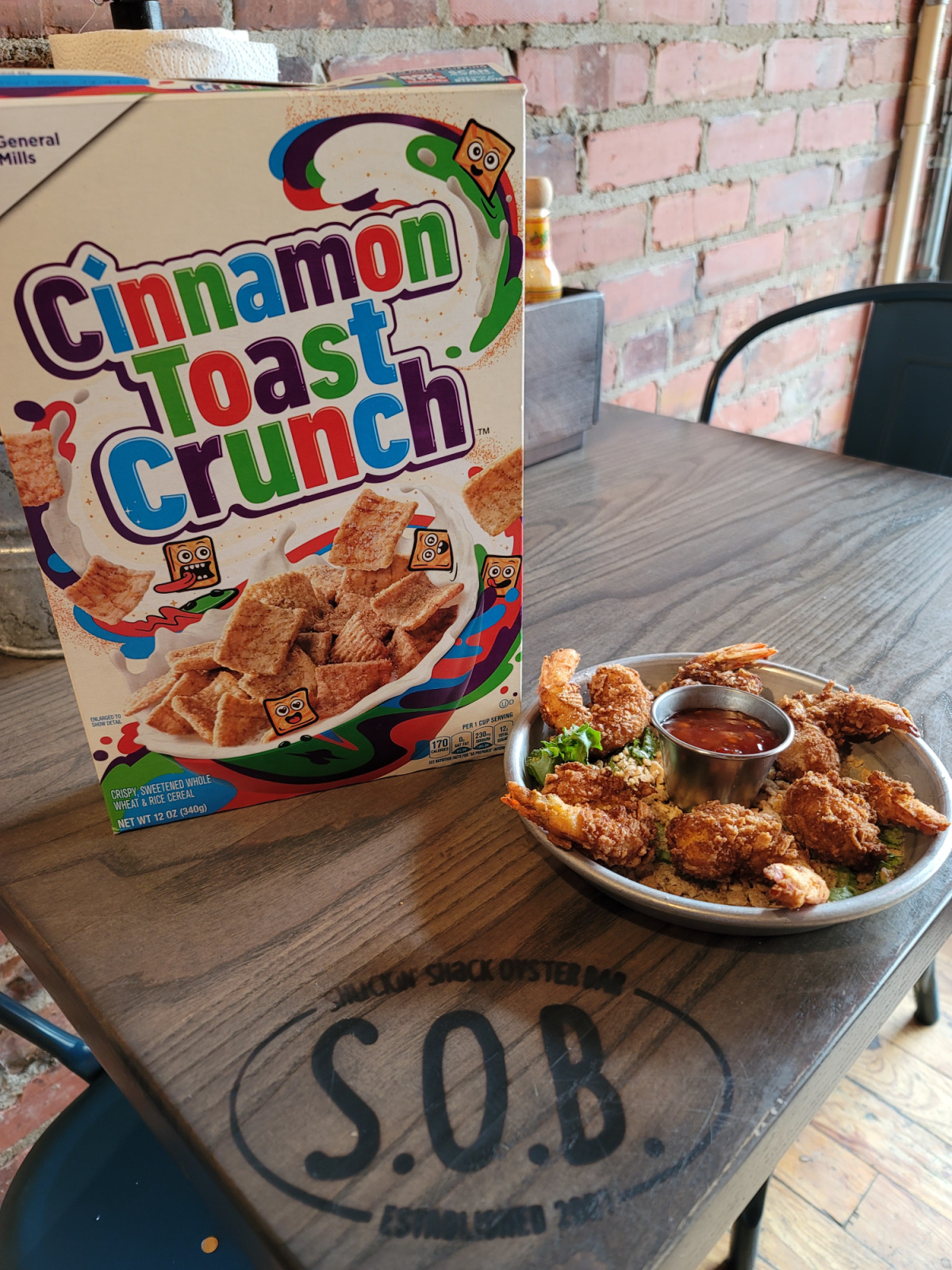 The concoction features double battered fried shrimp made with buttermilk, flour and Cinnamon Toast Crunch and served with a side of Sweet Thai Chili sauce. While it was purely experimental and not meant for sale, interested customers can now experience the taste for themselves as a secret off-menu item available for a limited time at the brand’s Wilmington, North Carolina location.

“At Shuckin’ Shack, we are all about having fun with our food,” said Weathington. “While the initial story was certainly off-putting, the flavor profile of pairing Cinnamon Toast Crunch with shrimp is unexpectedly good. No one wants shrimp tails swimming around in their cereal but we thought it might be fun to see what (purposefully made) fried cinnamon shrimp would taste like! Who knows, if there’s enough demand – maybe we’ll give General Mills a call about a collab.”

Weathington provided an update for Modern Restaurant Management (MRM) magazine that the brand definitely sparked some interest with the item.

“I do know we sold a bunch at our Downtown Wilmington location. Also, I talked to Brian Rogers, owner of our Hickory, NC location. He said after a radio station in Asheville did a bit on our Cinnamon Toast Crunch Shrimp, he had a few people drive from Asheville to his location in Hickory, which is 80 miles, just to try it. It piqued everyone's interest, while following a social media trend that everyone was talking about. The response overwhelmingly is one of straight curiosity and fun."

Shuckin' Shack started as a 900-square-foot shack in Carolina Beach, North Carolina in 2007 and began franchising seven years later. Today, the brand has grown to 16 locations across five states.