Below is an excerpt from Scott Greenberg's The Wealthy Franchisee: Game-Changing Steps to Becoming a Thriving Franchise Superstar (Entrepreneur Press, November 17, 2020)

During the months between signing my franchise agreement and opening my store, I continued traveling and giving presentations. In every city that had an Edible Arrangements location, I stopped by, and I continued this practice even after we opened. I wanted to pick the brains of as many franchisees as possible. Once I was speaking in Jeddah, Saudi Arabia, and spotted an Edible Arrangements delivery van. I had my driver follow it back to the store so I could meet my Saudi counterparts.

Some of these franchisees were success stories, while others were cautionary tales. That’s been the case with every franchise brand I’ve worked with: In the same system, running the same business, some people crush it, and others get crushed. Why?

It comes down to this formula:

These three factors—circumstances, operations, and humanity—combine to determine how successful you’re going to be. Understanding how each of these factors impacts the rest of the equation is key to getting the results you want. Let’s look at each of them in turn.

Your circumstances are all the external conditions affecting your business. These include factors such as the economy, the competition, government regulations, etc. Some businesses are impacted by the weather. I’ve worked with an ice cream franchise in Canada that slows down when temperatures drop and a soup franchise in Michigan that slows down when temperatures rise. One emergency restoration franchise I spoke with thrives after natural disasters.

I faced plenty of tough circumstances during my years as a franchisee, some minor and others major. Two weeks before my first Valentine’s Day at Edible Arrangements, torrential rains wreaked havoc on California’s strawberry crops, impacting price and quality. The same year, the economy collapsed. There were power outages, increased fuel prices, and ever-changing labor laws.

Some circumstances were more favorable. AIDS Walk Los Angeles decided to add our street to their course, routing thousands of hungry walkers right in front of my store. Just before building out our second location, I got a call about a closing restaurant looking to sell their walk-in cooler for pennies on the dollar.

I appreciate the many real challenges franchisees face. I’ve faced them, too. But rarely do these circumstances tell the whole story of a business. Usually there’s a lot more afflicting the business—and those are things struggling franchisees could control if they wanted to.

Circumstances matter. We need to keep an eye on them so we can respond appropriately where we do have control. Once we’re clear about what’s going on, we take action by focusing on the remaining two factors: operations and humanity.

This is everything related to work. This includes your systems, policies, and tactics. It’s your recipe for great waffles, your formula for carpet cleaner, and your method for teaching foreign languages. It’s your branding, marketing, and pricing. It’s your scheduling, cost control, and accounting. Operations are the things you pay your franchisor to teach you. It’s everything that keeps you busy.

The misconception in franchising is that fortune is born merely out of systems and sweat. So many franchisees buy into an incorrect, incomplete formula: Strategy + Effort = Success. They believe if they just follow corporate’s manual, work hard, and work long, they’ll make money.

If only it were that simple.

I remember going through Edible Arrangements training in Connecticut with a large group of new franchisees. Many of them were also opening in the Southern California market. Over the course of five days, we all received the same training. We were given the same manual and taught identical procedures. Then we flew home and opened our stores. 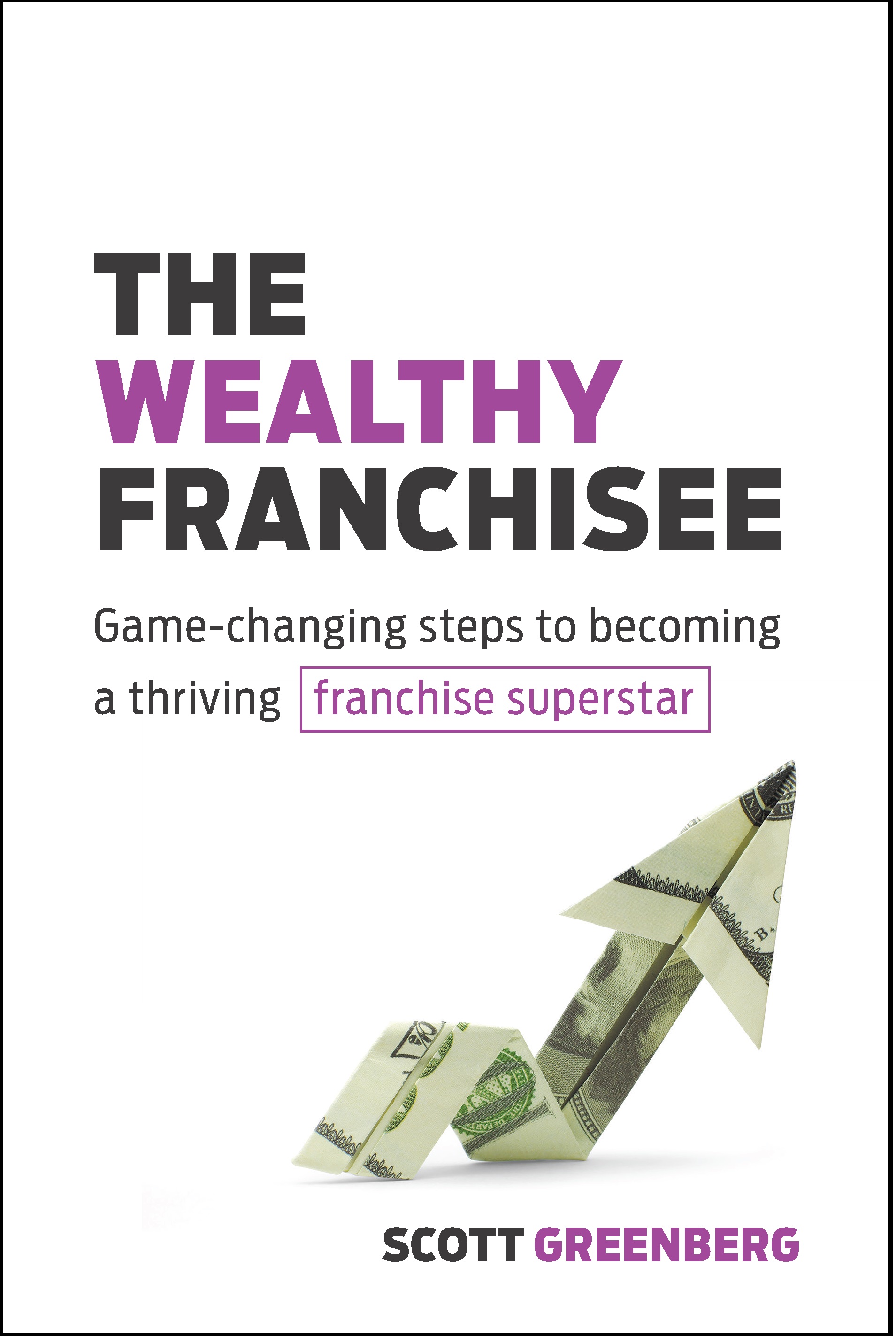 Some of my fellow trainees thrived, while others struggled. Some expanded, and some disappeared. The differences were not subtle. Some locations outperformed others by hundreds of thousands of dollars per year—running the same operation. One by one, almost all the lower-performing locations were gobbled up and resurrected by better operators.

On the surface, it seemed like it had everything to do with location. But that wasn’t really true. Some attributed their success to more marketing, since the top franchisees definitely invested in promoting their business. That made a difference, but it wasn’t the difference.

Maybe the top performers were putting in the most hours? Nope. Many of my struggling colleagues worked feverishly to keep their businesses going.

Perhaps the top franchisees were the most innovative? It wasn’t that either. People called them all the time looking for their secrets, only to hear they weren’t really doing things that differently. Usually they were working the same systems as everyone else.

The wealthy franchisees I meet definitely have superior operations. But it isn’t so much because they’re doing things differently. They just do them better, and they do it with the help of a third factor that most people dismiss or are too busy to bother with.

This third factor isn’t tangible. You can’t see it or quantify it. You can’t deposit it in a bank. But it really is the distinguishing characteristic of wealthy franchisees. Look at the top people in your franchise, and you’ll see this is the factor they have in common. If there’s a secret to being a wealthy franchisee, it’s this:

Nothing influences our performance more than the way we manage the human elements that flow through every aspect of our business. That means psychological discipline, emotional control, and grit. It includes patience, empathy, and social skills. It’s all those human characteristics that, for better or worse, distinguish us from computers.

Just as consumers can act irrationally, so can franchise business owners. Their emotions influence their perspective and their decisions. That doesn’t mean they’re weak or mentally ill. But they are vulnerable to their thoughts. These thoughts impact how well they execute operations. Because marketing isn’t just about advertising; it’s about patience. Managing employees isn’t just about directing them; it’s about inspiring them. And great customer service is about more than facilitating transactions; it’s about building connections.

Wealthy franchisees operate more successfully because they’re masters of the human side of their business. They have a strong mindset that drives every business decision. It’s why they’re great.

Some people are naturally level-headed. They default to calm, cool thinking. I have a friend who jumps out of bed in the morning ready to face the day. She’s an eternal optimist who believes anything is possible. I have another friend with discipline flowing through his veins. When he decided he’d like to learn how to play the piano, he bought an electric keyboard and a book, and practiced two hours every day for a year until he mastered it. There was no deviation from the schedule. That’s also how he’s written books and trained for a marathon. He decides to do something and doesn’t stop until he’s achieved it.

But these friends are not the norm. Most of us are prone to straying and are more vulnerable to distraction and self-doubt. That doesn’t mean we can’t improve our mindset—we just have to be more deliberate about it. Some people have naturally big muscles, while others must go to the gym five days a week. But the end result is the same.

Wealthy franchisees don’t deny their humanity. They just manage it. They control their emotions as much as possible so they can take action based on logic. Good business decisions are made with a cool head and clear data.

If you think of C + O + H = R (circumstances + operations + humanity = results) as a recipe, most franchisees don’t consider how important the ingredient “H” is. They still have a human mindset, but it doesn’t enhance their business. For wealthy franchisees, H is the key ingredient. It’s why they do so much better.

It’s not enough to duplicate the circumstances and operations of wealthy franchisees. If you want their results, you must also duplicate their human characteristics. You need the same mindset. Once you achieve that, you’ll run a better business.

Scott Greenberg is an internationally recognized speaker, author and coach who helps franchise owners grow their businesses, build high-performing teams and create unforgettable customer experiences. He has given presentations in all 50 states and throughout the world with franchise clients that include McDonalds, Great Clips, GNC, RE/MAX, Smoothie King, Global Franchise Group and many more. For 10 years, he was a multi-unit franchise owner with Edible Arrangements, winning Best Customer Service and Manager of the Year awards out of more than 1,000 locations worldwide. Learn more about his new book, The Wealthy Franchisee.