To celebrate its 50th anniversary, the team at Popeyes produced "Secrets of a Tastemaker: Al Copeland The Cookbook." Sharing over 100 recipes and behind-the-scenes-stories about larger-than-life Al Copeland, founder of Popeyes Famous Fried Chicken and Copeland's Restaurants of New Orleans.

The book was written by Pulitzer Prize-winning and New York Times best-selling author Chris Rose, and Kit Wohl with the Copeland Family and foreword by Al Copeland Jr.

“I’m extremely proud to be sharing my father’s story and some of our family recipes with the world amid such a momentous benchmark — the 50-year anniversary of Popeyes,” explains CEO and Chairman of the Board of Al Copeland Investments, Al Copeland, Jr. “We hope these recipes and delicious memories bring you closer to the impressive man I have the pleasure of calling ‘Dad’ and inspire a new generation of ambitious and outspoken entrepreneurs in his memory."

The book is currently available for pre-order on Amazon.  The book will be released to the public on September 13, via Amazon at $29.95 hardcover and $14.95 Kindle E-Book. 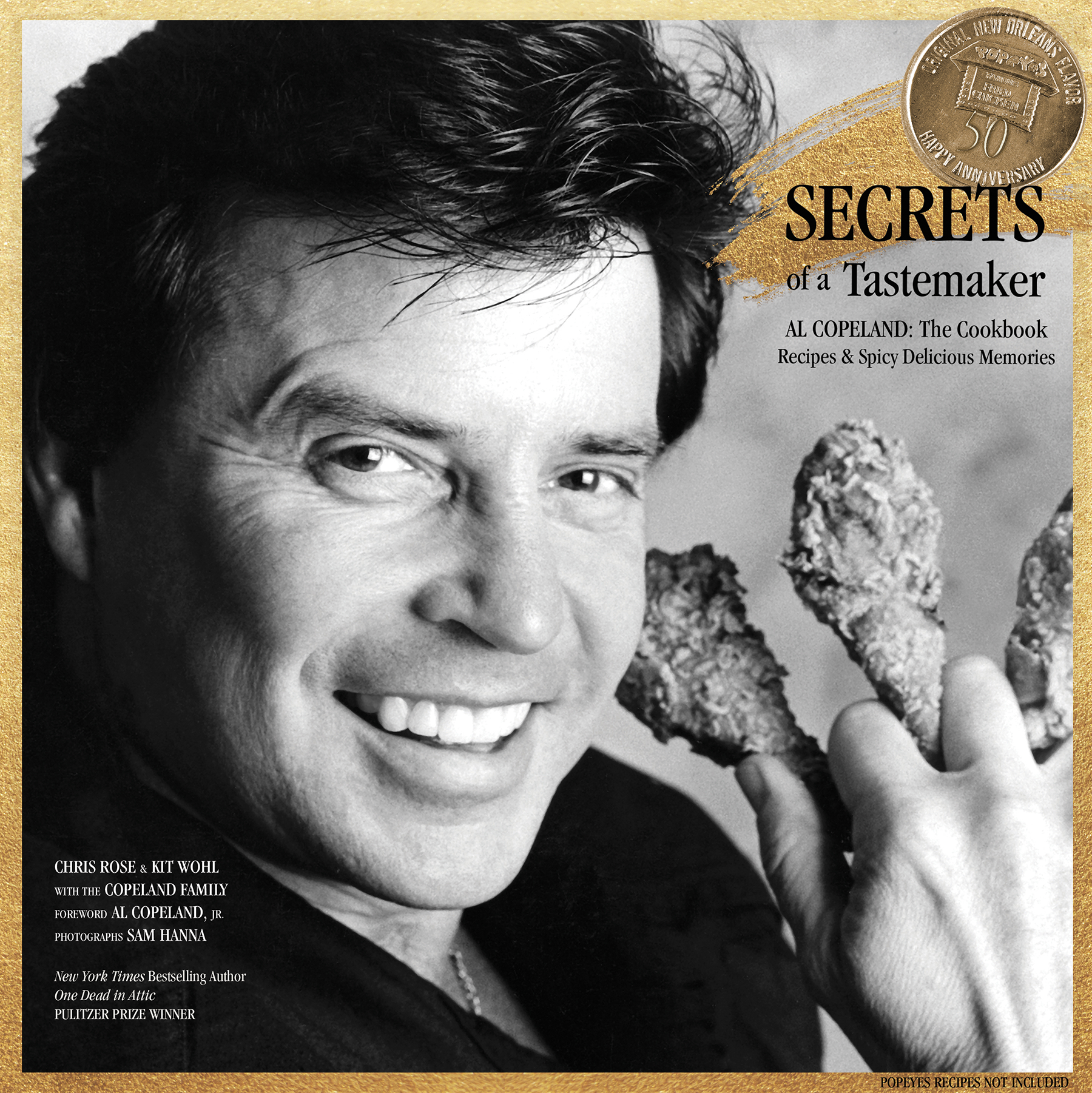 Below is a short excerpt from"Secrets of a Tastemaker."

By the time Al possessed about 100 restaurants, he had added hot biscuits to the menu. In keeping with his intense devotion to quality, Al wanted his biscuits to be as big a draw as the chicken—not the afterthought like many of his competitors. He challenged culinary expert, Chef Warren Leruth, and food scientist, Nestor Abuso, Sr., to come up with the perfect recipe.

Trays upon trays of biscuits would be sent down from the test kitchen to the offices. The scent of freshly baked test biscuits permeated through the entire building, making them irresistible to everyone who worked there. People hung out by the elevators hoping to snag a couple.

In early 1983, Copeland finally found what he was looking for. Another secret recipe to pair with the closely guarded spice mix that made Popeyes fried chicken one of the defining culinary exports of modern Louisiana. The impact of Copeland’s discovery was immediate and dramatic; revenue spiked by 25 percent nationally. In the mercurial career of the legendary Louisiana businessman, the introduction of buttery-crusted biscuits was a turning point. Like so much of his success, the windfall emanated from Copeland’s greatest gift: his drive. “People think luck is involved,” he told Gus Weill of Louisiana Public Broadcasting, in an April 1983 interview. “I just believe that you can’t settle for not making it.”

Once Al was satisfied, he created a Biscuit College to ensure that store krewes were trained to prepare them to his standards. The marketing department was tasked with photographing two dozen biscuits for a poster demonstrating the correct color after baking: pale (too little) to dark (too much). The perfect golden brown was highlighted. There was no “close enough.” It wasn’t a target; it was an imperative.

“Dad was so committed to the biscuit that he had a production display in each store to show that they were made from scratch,” said Al, Jr. “Most biscuits would clump up when you ate them, but his biscuit was designed to melt in your mouth.”

The charge that Popeyes led, replacing what Al called “A bread roll best used as a napkin for wiping fingers,” provided at a competing fried chicken company, changed the entire fast-food business. The quality of biscuits had become an abiding issue for the industry.

Copeland’s of New Orleans proudly offers its famous Homemade Biscuit Mix for sale at select Copeland’s locations and on the Al Copeland Foundation website (alcopelandfoundation.org). As part of honoring their dad’s legacy, the Copeland family is donating all proceeds from the cookbook, biscuit mix, and proprietary seasoning/spice purchased from ACF’s website to support the foundation’s mission to save lives and end cancer.