Robert Rosenberg served as chief executive officer of Dunkin Donuts from 1963 until his retirement in 1998, growing it from from 100 shops and $10 million in sales when he first became CEO, to 6500 outlets including Baskin Robbins Ice Cream Shops and nearly $2.5 billion in sales when he retired 35 years later.

Among the key takeaways from Rosenberg’s story and in-the-trenches wisdom are:

In this excerpt from, "Around the Corner to Around the World: A Dozen Lessons I Learned Running Dunkin Donuts," Rosenberg explains why quality must always come first. 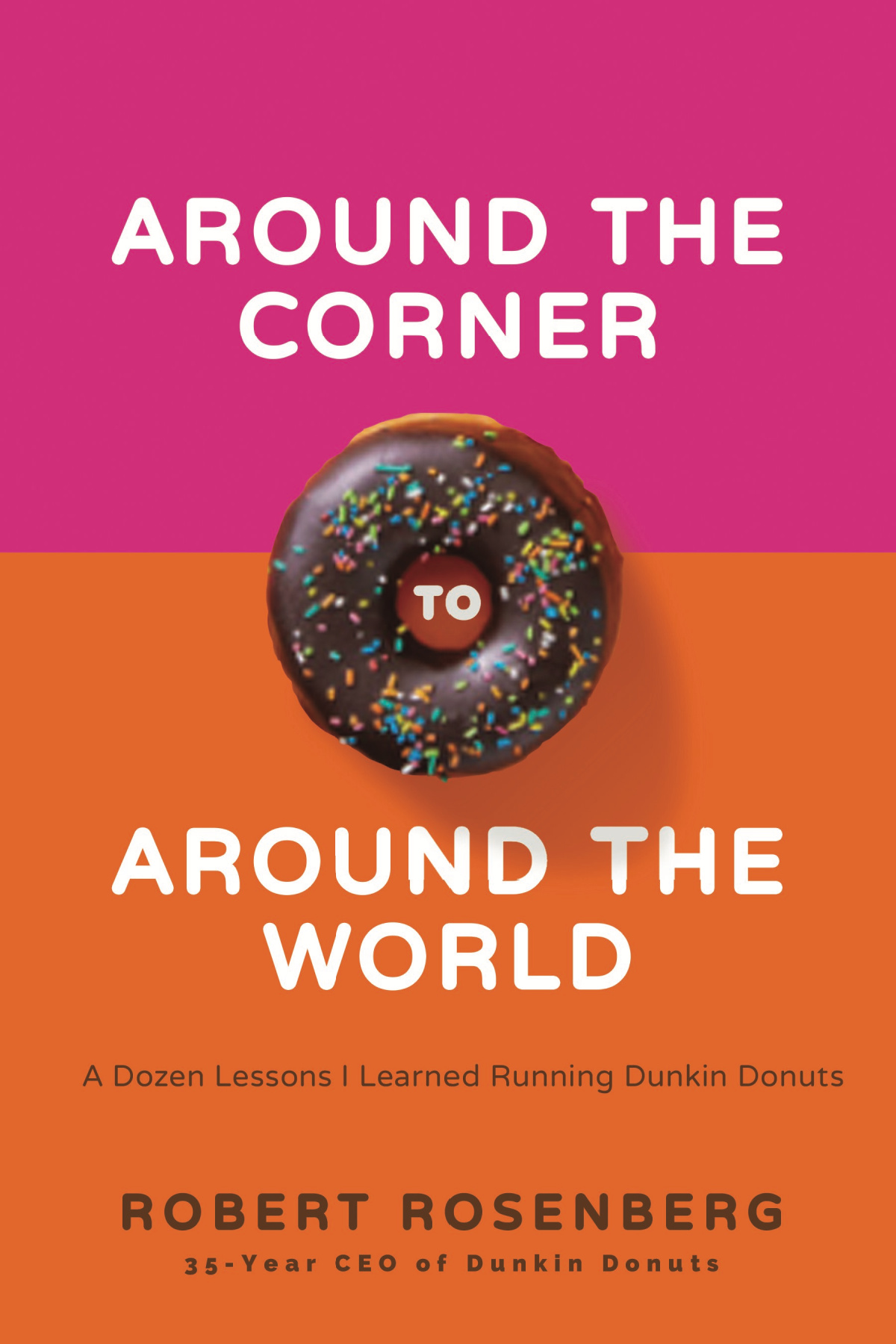 I am hard pressed to think of any long-lived business that doesn’t have, at its core, exceptional quality in either its products or services. This is particularly true in the food business. Whether it’s Heinz Ketchup, Budweiser’s Beechwood aged beer, or Hershey’s chocolate bars, each product shares two common attributes: they’re all delicious and they’re all created from the finest ingredients. For me, at Dunkin’ and Baskin, that meant we used real cream, real fruit, and the finest spices and flavorings we could find.

This belief in the pivotal importance of choice ingredients was instilled in me during a visit to the Watervliet Arsenal when I was nine years old. During a contentious meeting that day, my dad argued passionately for quality over price. This conviction was reinforced early in my presidency when my father told me the story of Charlie Lubin, a man he met during one of his many extended stays at the Rice House Diet Center at Duke University in Durham, North Carolina.

My dad couldn’t have been more excited for me to meet this guy, the baker who founded Sara Lee. Charlie’s best-known product was the Sara Lee pound cake, which he had invented in the 1950s, followed by numerous high-quality frozen baked goods sold at supermarkets. So off I went to Chicago to meet Charlie, who by now had sold his company to Nate Cummings of Consolidated Foods—yes, the same Nate Cummings who had offered $7.5 million to buy our company, an offer I had turned down.

Charlie and I met for lunch high up at his dining club that overlooked LaSalle Street in the loop. After a delicious meal and a bit of small talk, I turned to him and asked, “So, Charlie, my dad said you had the answers to success in the food business. What would you advise a young man like myself?”

He took some time, then leaned over the table and in a whisper uttered, “Buttah.”

I was taken aback. I said, “Excuse me, can you repeat that?”

He said, “What do you think a pound cake is?”

I responded, “I have no idea.”

Charlie then told me something I never forgot: “A pound cake is a pound of flour, a pound of sugar, and a pound of butter. Butter tastes absolutely delicious—there is no substitute for it—it’s the real thing.”

On my flight back home to Boston, I reflected on my conversation with Charlie. It was clear that any success we had to date had been as a result of our unyielding commitment to product quality, and it was at that moment I vowed that choosing the best ingredients would continue to inform every future product decision.

In my thirty-five years with the company, I cannot recall even one conversation that suggested altering quality to save on costs. Just the opposite.

At that time, we sold only two main products, coffee and donuts. Our quality had to be top notch in order to distinguish ourselves from anything else offered in the marketplace. Dunkin’ was the first food service chain to make coffee the centerpiece of its menu. Sure, the occasional fine hotel or restaurant went to great lengths to serve a superlative cup of coffee, but these were the exception to the rule.

In 1950, the coffee business was beginning what would become a fifty-year decline in coffee usage, yet we were growing despite this mighty headwind. Poor quality, vacuum-packed, and instant coffees, along with the growth of other caffeinated beverages like colas, were cutting the average per capita consumption of coffee bought from forty-five gallons per year in 1946 to less than twenty gallons by the year 2000.

To combat that trend, we committed to offering the best cup of coffee in the world. We were unyielding in our pursuit of quality. We even went so far as to have twenty-seven pages of specifications on how to prepare and serve this wonderful brew.

Our devotion to donuts was as focused and painstaking as the attention we lavished on our coffee. I contend that it was our uncompromising pursuit of quality from our inception in the early 1950s that propelled the donut to become one of America’s all-time favorite treats.

In my thirty-five years with the company, I cannot recall even one conversation that suggested altering quality to save on costs. Just the opposite. As an example, when ultra-pasteurized 18 percent butterfat cream became available, it offered lower cost due to its 180-day shelf life. Nonetheless, it was quickly rejected because we thought it just didn’t taste as good as the standard pasteurized cream. Our attitude about quality can best be summed up by a joke that circulated around our office: “White bread is rye bread that underwent a profit improvement program.”

Our quest for quality didn’t end at our ingredients. We were just as serious about teaching franchise owners and store staff the intricacies of producing consistently stellar products in our shops. Within weeks of becoming CEO—never shy about appropriating a good idea when I saw one—I borrowed an idea inspired by McDonald’s University. DDU (Dunkin’ Donuts University) was born in September of 1963.

The first four weeks of the six-week training program were spent mastering the creation of the product itself: how to mix the dough, roll and shrink it, proof and fry it. Sounds simple, but it was tricky. The making of donuts was very much an art. As opposed to hamburgers—the creation of which was always the same (McDonald’s food products were made elsewhere and delivered to the restaurant for grilling or frying)—our owners had to manufacture and adjust for varying humidity and temperature to create an acceptable product.

Then there were the daily realities of the business: One worked fast in a hot kitchen over a fryolator, often getting splattered with sizzling shortening. It took a lot of hand-eye coordination to get the job done. To pass, a student had to demonstrate the ability to make two hundred dozen donuts, up to spec, in an eight-hour shift. If the student couldn’t come up to par, they wouldn’t graduate, and we would return their money. Not everyone was cut out for it.

If they passed the “practical” exam, students spent the last two weeks on management, studying best practices relating to marketing, personnel management, and store profitability. Since we had no classroom or any conference space at 440 Hancock Street, the management portion was held at the end of my long conference table. I might be dictating a letter to Lee Schultz, my secretary, while a DDU class of four or six people was in session at the other end. Since I really had no prior experience with standard office procedure, this whole arrangement did not feel awkward or strange to me.

Robert Rosenberg served as chief executive officer of Dunkin Donuts from 1963 until his retirement in 1998. Under his leadership, the company grew from a regional family business to one of America’s best known and loved brands. Rosenberg received his MBA from Harvard Business School, and in just weeks after graduating at the age of 25, assumed the position of chief executive officer. After retiring from Dunkin, Rosenberg taught in the Graduate School at Babson College and served many years on the boards of directors of other leading food service companies, including Domino‘s Pizza and Sonic Restaurants.