New research from the National Restaurant Association illustrates the extensive damage to restaurant businesses since the pandemic began. It found that the restaurant industry, which experienced the most significant sales and job losses of any industry in the country in the first quarter of 2020, expects to lose $240 billion by the year-end.

The operator survey drew more than 3,800 responses.  Among the top takeaways.

Among the restaurants that are currently open for off-premises traffic only, 28 percent are located in a jurisdiction that is now allowing on-premises dining again. However… 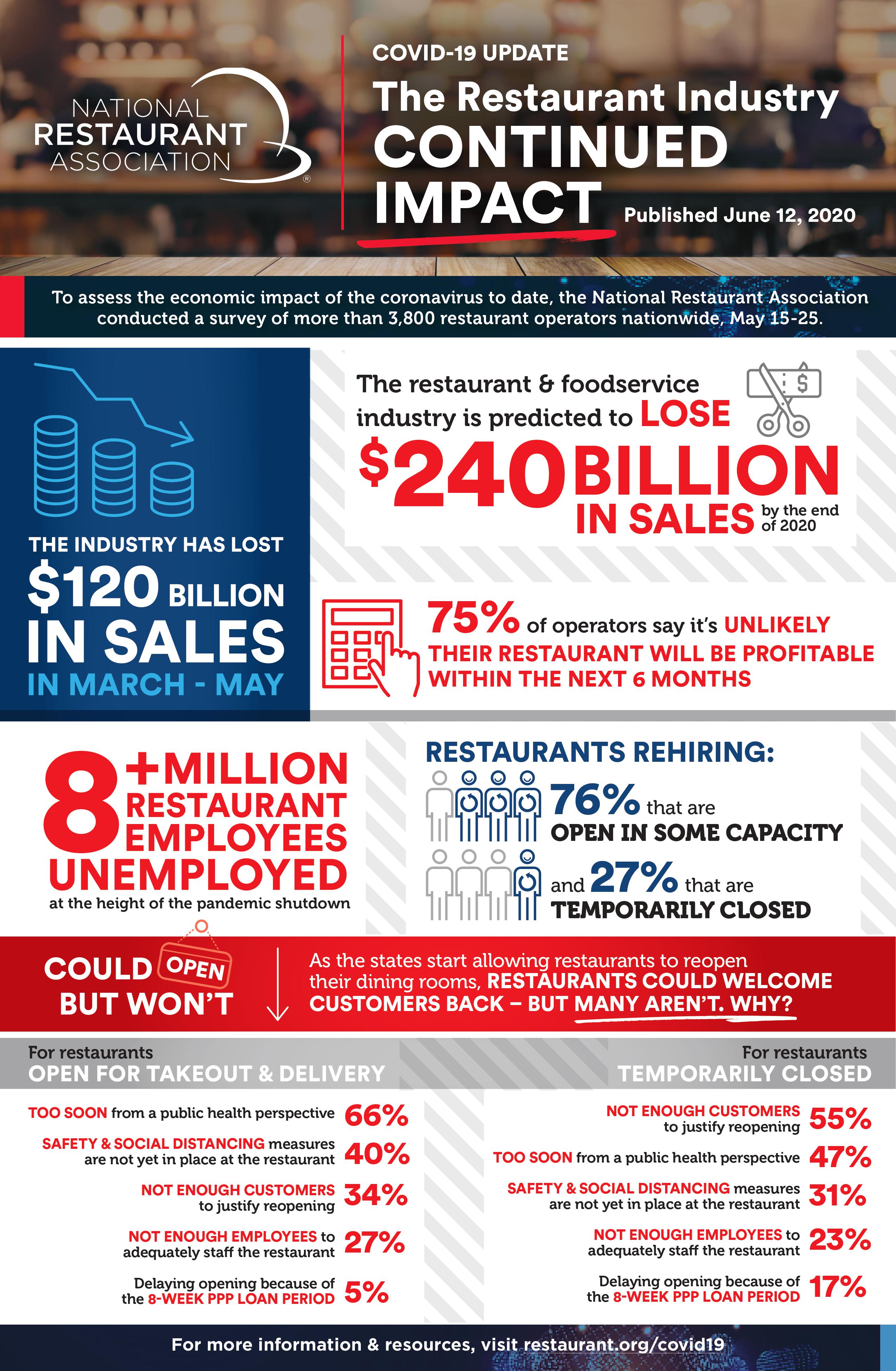