The last time I was in Madrid, a friend and I perused English menus at a popular tapas joint. I requested the Spanish menu, too. As a food translator, I know that seeing the original is often the best way to decipher what’s on offer.

As I salivated over old favorites, my non-Spanish-speaking friend asked, “What’s this world-famous potato dish with eggs? Hash browns?”

As it turned out, it was tortilla española.

The translation wasn’t inaccurate—Spanish tortilla is indeed made with potatoes and eggs, but so are countless other Spanish dishes. The English menu lacked context that we gleaned only by looking at the Spanish.

Back in the US, when it comes to representing foods from other cultures, the stakes are higher. We risk not just a confused tourist, but a distorted conception of an entire culture. Krishnendu Ray, chair of Food Studies at New York University, argues that cooking and sharing food from other cultures is an act of translation. If that’s so, then we must re-envision restaurateurs as not “just” creators, but as translators.

There’s much more to a dish's name than marketing appeal: what we call a thing determines how we perceive it, how we interact with it, and even its fate.

As chef and writer Jenny Dorsey explains, “Nomenclature is arguably the most visible—and therefore hotly contested—aspect of food representation. To have the ability to name something is power, and to proliferate that name widely is influence.”

By putting context and origin on the menu, we can honor other cultures, recognize diasporas, and broaden cultural understanding.

Unsurprisingly, many examples of restaurants that already take a conscientious approach are owned by members of the culture whose food they serve.

Cuban restaurant Pambiche in Portland, Oregon, highlights the origins of its food by leaving dish names in Spanish and pairing them with poetic English. The dish berenjena con coco is described as “roasted American eggplant simmered in a savory coconut pepper sauce scented with lime, fresh herbs and Carta de Oro rum.”

This bilingual approach gives primacy to the traditional dish while also making it accessible to English speakers. It also allows English speakers to order the “eggplant” instead of the “berenjena con coco.” A server who repeats the Spanish dish name reintroduces the food’s context and makes the dish’s origins not only visible, but audible.

But there are degrees of contortion (and distortion) when it comes to fitting a dish into a hole shaped like another language and culture. Consider, for instance, the rebranding of haldi doodh—a spiced milk drink originating in India—as “golden milk.” This domestication positions the white, English-speaking experience as the default, and erases the drink’s origins. On the contrary, our adoption of the Korean word kimchi, instead of calling it “fermented cabbage,” is an example of how foreignization pays respect to a food’s origin.

It’s worth noting that neither domestication nor foreignization is inherently “good” or “bad.” Both can be used to conserve the essence of a dish as it travels from one linguistic and cultural reality to another. Indeed, they can even be used—often to their best effect, as on the Pambiche menu—in tandem.

Preserving the language of origin is one straightforward means of honoring culture, but it’s hardly the only means. Here are several other ways to contextualize food:

1. Include cultural and historical details. Mexican torta shop Güero does this by adding a brief nod to the origins of its ahogada torta: “Our version of the Jaliscan classic. . . . Messy and spicy!”

2. Provide a glossary or pronunciations. French bakery St. Honoré offers a tip next to the kouign-amann in their pastry case: “Pronounced kween-amón.” 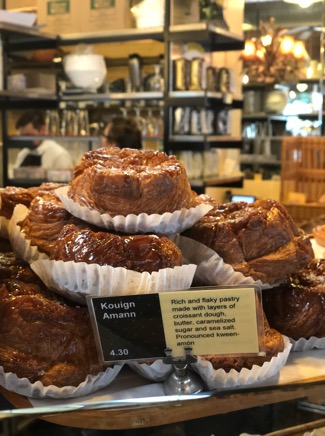 3. Use words from the culture of origin. One way to do this is to use traditional dish names, as in the case of Pambiche’s berenjena con coco. Other restaurants intentionally forgo explanations: the menu at Chinese fast-casual chain Junzi lists ingredients like furu without explanation. Owner Lucas Sin says making guests curious and getting them to ask questions is the whole point. 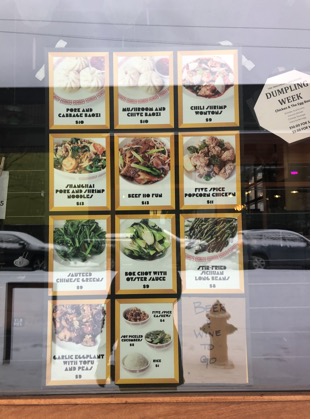 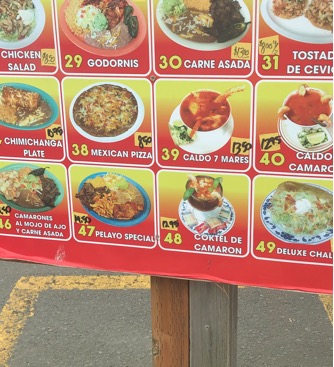 5. Offer menus in multiple languages, while preserving cultural identity. Some restaurants, like the Madrid tapas bar, opt for separate menus in different languages. But as with the “famous potatoes and eggs,” there are limitations, especially when the translation is incomplete or ambiguous. Combining domestication and foreignization can help balance accessibility and cultural context.

6. Offer a single bilingual menu. This integrated presentation is a reminder that food exists in—indeed comes from—another culture that has its own language, and it invites guests into that culture. Another benefit to this approach is its inclusivity of guests who speak the language of the cuisine. A professional translator who’s well versed in food and the languages and cultures in question can help create an effective and accurate bilingual menu. 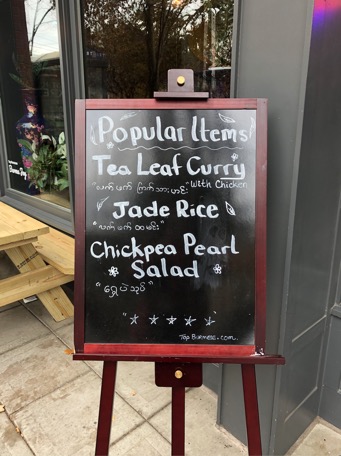 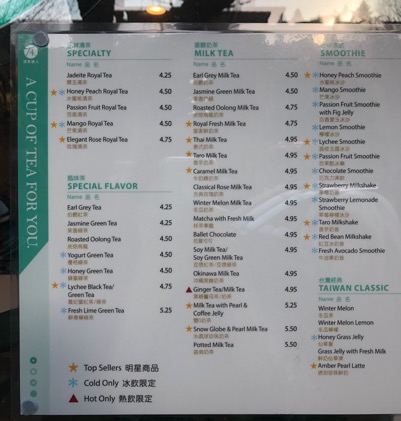 We have a choice when it comes to how we represent food from non-majority cultures. By providing context, we bear witness to other cultures, normalize their existence, and strive for pluralism.

Until we live in that pluralistic and inclusive world where cultures coexist, where we make room for chefs of different origins, and where no cuisine is relegated to the “ethnic foods” aisle, our task is to create such a world. The way that language determines—even creates—the reality we live in makes it a ripe starting point.

By paying attention to a dish’s origin and the language used to describe it, restaurateurs have the opportunity to serve as thoughtful shepherds guiding the safe passage of one culture and language to another. A dish by any other name, after all, is hardly the same dish at all.

Emily Safrin is a culinary translator and editor whose work spans English and Spanish languages and cultures. By helping restaurant owners communicate effectively across invisible borders, she ensures they spend more time working at their calling and less time worrying about the words. Safrin is certified by the American Translators Association, which represents nearly 10,000 translators and interpreters across 103 countries.