The average American plans to spend nearly $100 a week at local businesses post-COVID-19, up 16 percent vs. before the pandemic in the hopes of boosting their local economy, according to a new survey from Groupon. Restaurants, retail shops, clothing stores, salons and spas and bars are expected to be among the first places people spend their money once it's safe to do so.

The study of 2,000 people found that 67 percent of Americans are more hopeful now than when the crisis first began and 75 percent plan to support local merchants as much as possible once restrictions on non-essential businesses are lifted in their communities.

The study, conducted by OnePoll and commissioned by Groupon, showed Americans have already been going out of their way to back small businesses–– 86 oercent of people have supported a locally owned business during quarantine and 57 percent know of at least one establishment affected by lockdown restrictions.

“This crisis has disproportionately affected small businesses and our hearts go out to local merchants, who have often poured their life savings into their businesses,” said Simon Goodall, Chief Commercial Officer, Groupon. “As some businesses begin to slowly and responsibly open back up, it’s encouraging to see that many Americans plan to continue to help their communities recover by supporting small, local businesses. Even if you live in an area that hasn’t relaxed restrictions or you don’t feel that it’s safe to support them in person just yet, there are still a number of meaningful ways that you can make a huge difference right now such as taking an online class, ordering takeout or delivery and booking future plans.” 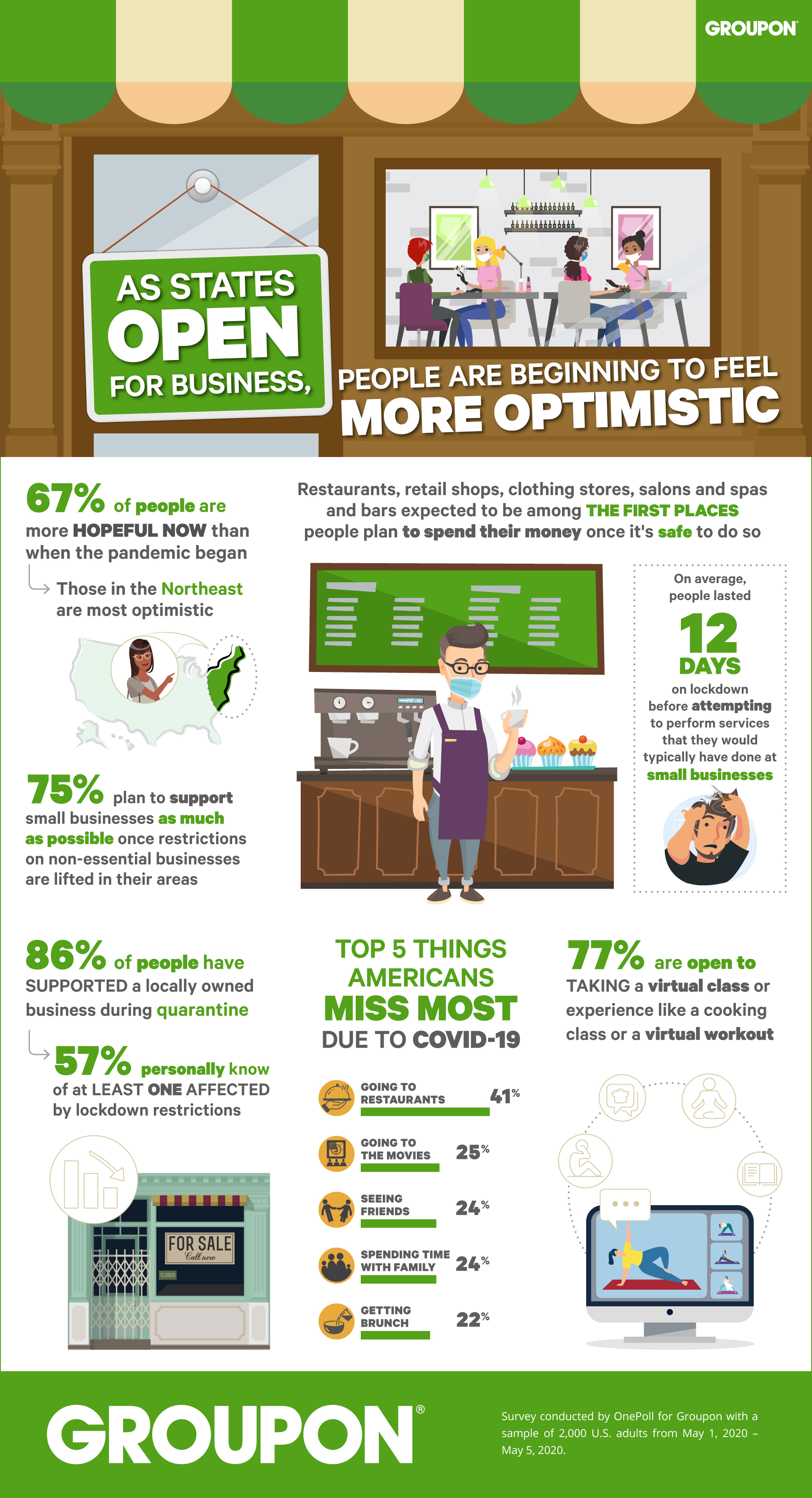